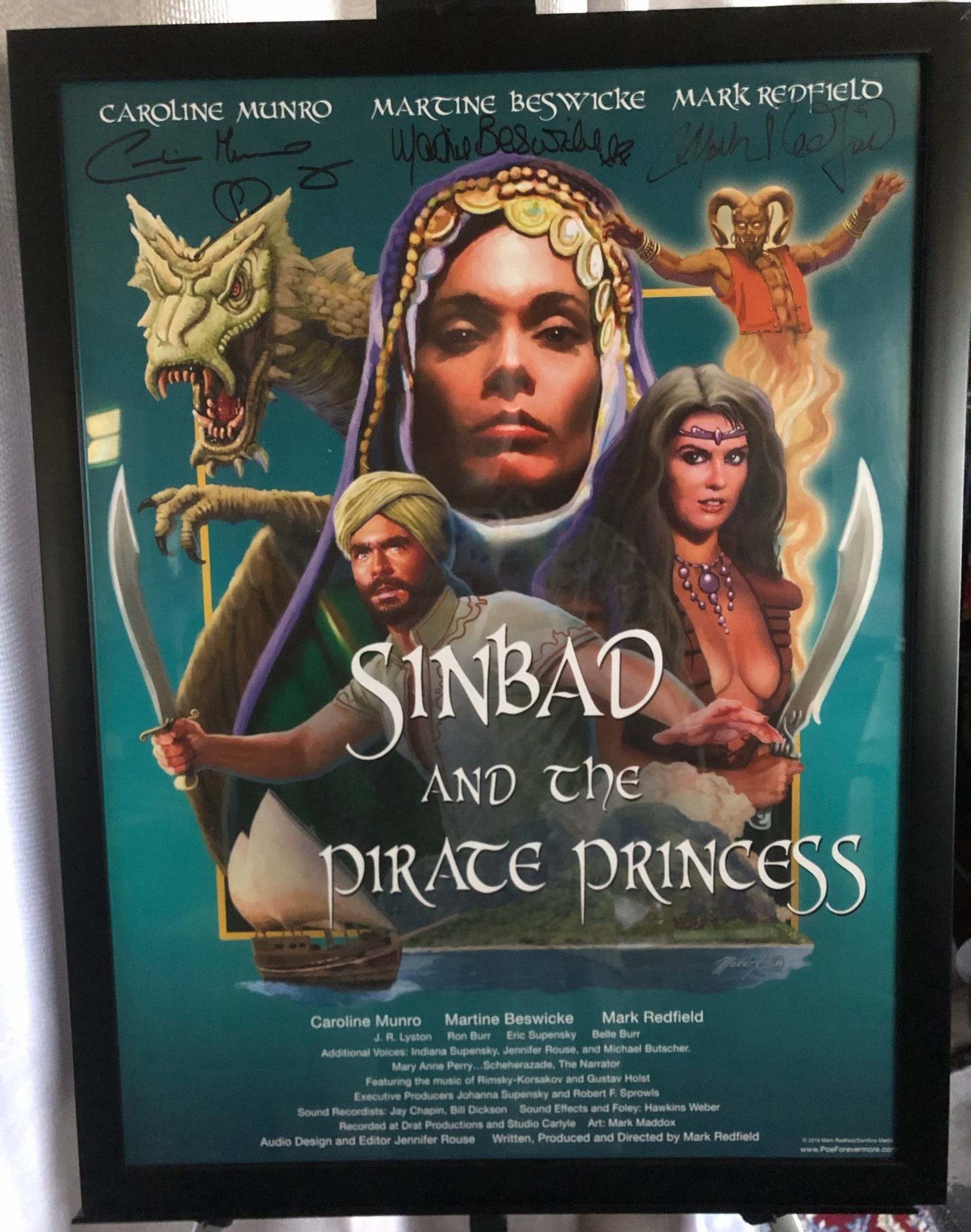 This 18 x 24 inch “Sinbad And The Pirate Princess” poster is hand signed by Caroline Munro, Martine Beswicke, and Mark Redfield! The stars of the audio drama from Redfield Arts Audio, featuring:

Martine Beswicke as Queen Badra, and

Framed. 18x24.
FREE CD of the audio drama with order
FREE SHIPPING in the USA
SOLD AND SHIPPED ONLY IN THE USA
Insured and shipped in USA via USPS

ABOUT THE AUDIO DRAMA

Sinbad (Mark Redfield), at the command of his Caliph, is tasked to rid the Arabian Sea of a ferocious female pirate called Junah (Caroline Munro), who preys on the ships in the waters of the small island of Zelos, ruled by Queen Badra (Martine Beswicke).

It’s Sinbad’s greatest voyage! An adventure filled with danger, treachery, sorcery, a treasure-hoarding genii and a blood-thirsty serpent of the sea, and the battle of two sisters—one, and evil sorceress and the other, an avenging pirate princess!

CAROLINE MUNRO AND MARTINE BESWICKE
are beloved film stars known the world-over by their legions of fans primarily for their appearances in the James Bond films and the Hammer horror films of the 60s and 70s.

Comes in a black frame. Ready to hang!

0 items in your cart